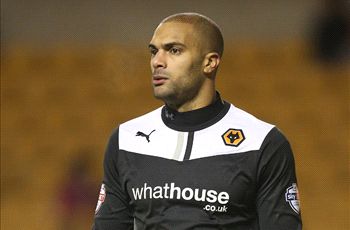 Former Wolverhampton Wanderers goalkeeper Carl Ikeme has applauded the team for their impressive performance so far this season. Nuno Espirito Santo’s men struggled at the start of the campaign failing to win any of their opening three games after gaining promotion from the Championship. They have since found their rhythm and are only three places below the Europa League spot after their recent three-game winning run in the Premier League. Wolves have also sealed a place in the fifth round of the FA Cup following a 3-2 victory over Shrewsbury Town last Tuesday. And the former Nigeria international who made 191 league appearances for the Molineux Stadium outfit before his health forced him to an early retirement is delighted with the thrilling run. "It's a thrilling ride and we're all kind of in a bubble, but it's real at the same time," Ikeme told the Express & Star. "It's exciting to see everything going on for a club that's had difficult times – and in the city too. "I joined Wolves when I was 14 so to see everyone talking about our club in this way is pretty amazing. "We've seen it happen to other clubs so to be a part of it and watch the progress is great. "The owners are very ambitious. Even though the squad is hugely talented I think we're over-achieving a bit, not by a lot. "Everything has changed behind the scenes - I wasn't at Wolves for a year and it changed massively. "They're really ambitious and successful in what they do in their other businesses, plus they've got the financial power to do it.” The 32-year-old also showered encomium on Conor Coady, Matt Doherty, Helder Costa and Morgan Gibbs-White for their contributions to the team. "It's a project that's interesting to watch and fulfilling to see players I know doing so well, I'm proud of Coads, Doherty, Costa, Morgan Gibbs-White, I'm happy to see them doing so well,” he continued. "Doherty could arguably be the best player of the season, Coads is knocking on the England door, I don't want to intensify the Gibbs-White hype but there