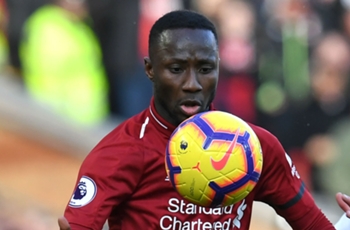 Jurgen Klopp believes there is “a lot more to come” from Naby Keita after seeing a £48 million ($62m) signing show signs of promise during Liverpool’s 3-0 win over Bournemouth. Big things were expected from the 24-year-old when he arrived at Anfield in the summer of 2018 following a protracted transfer saga. Those on Merseyside had seen a deal with RB Leipzig agreed almost a year before a big-money recruit joined the ranks. Keita was considered to be an ideal addition to Klopp’s squad, with the Guinea international boasting both combative qualities and ball-playing ability. He also has the energy required to meet the demands of the Liverpool boss but has struggled to produce his best since embracing a new challenge in England. Questions have been asked of his value and role in the side, but a promising performance was put in on his most recent outing to suggest that his potential may finally have been unlocked. Klopp told the Reds’ official website when quizzed on Keita changing opinions: “You need a good performance. “The second half against West Ham was good, the first half wasn’t that good but the second half was really good. “If you fall into a little hole you have to make sure you get out by yourself. That’s what he did in the second half at West Ham and it was clear this game would be the next step for him. “It was really nice to see that game and see how the people appreciate it. “He is in a lot of situations, passing these little balls through a really tight midfield. It’s just good. And there’s a lot more to come. That was a good one.” Keita is still waiting on his first goal for Liverpool. He also has just one assist to his name so far through 22 appearances in the Premier League and Champions League. Big games are coming thick and fast, though, and he will get plenty of other opportunities to impress. Next up for Liverpool, on February 19, is the first leg of a heavyweight European clash with Bayern Munich, before then returning to domestic competition with a trip to Manchester United.